Before Guru Jagat’s (Katie Griggs) death, I had started work on a new page about the connections between Kerry, QAnon, and figures such as Jagat. In particular, I was curious about why someone who took on  the name or title of “guru” was being interviewed by Kerry Cassidy. Kerry does not normally engage in new age thinking unless there is a hook into her special world of conspiracies.

This quote might provide an answer as to why Cassidy found common ground with a “guru”:

“This spiritual or wellness scene as it stands has been hijacked by the woke agenda.”  – Katie Griggs / Guru Jagat.

Several sources discuss Griggs, Kerry, the rise of “Pastel QAnon” and “conspirituality.” In particular, an article from Vice drew my attention when it stated that she hosted talks with “the holocaust and AIDS denier David Icke, and the Trump loving, QAnon promoter Kerry Cassidy.” It has been said that you shall be known by the company you keep and this was remarkable company for any guru to keep. 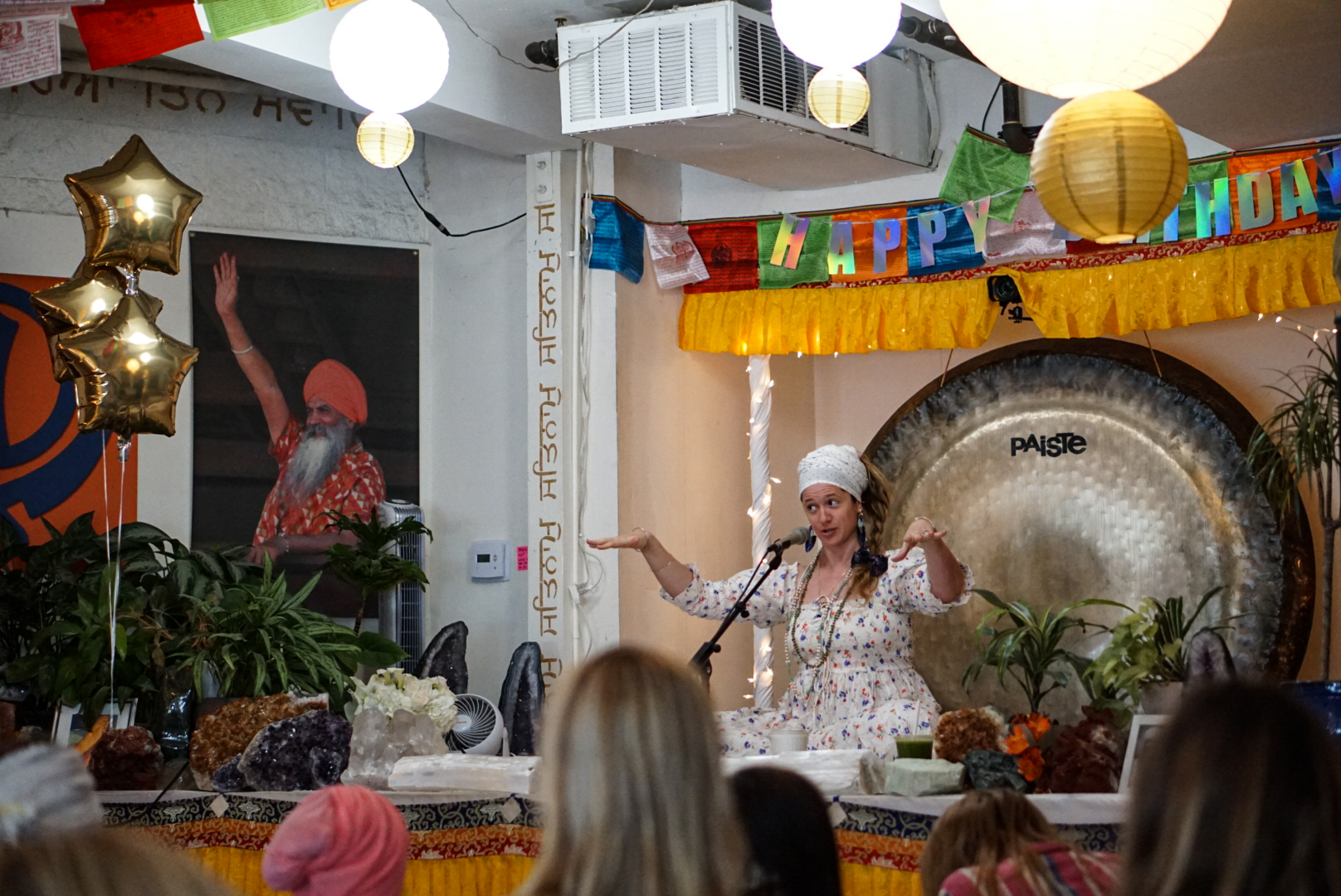 Although Griggs stated that wellness had been hijacked by those with a “woke agenda,” a far more real concern is how new age spirituality and wellness has been appropriated by factions of the extreme right. Kerry Cassidy believes she is awake and aware.  Many of the people Griggs presented on her podcasts are hardly awake to anything but fantasy.

Griggs said that in her role as a presenter, people could decide what they believed about any guest. That, however, ignored her role in the group and the message that became an accepted part of her culture.

As guru, what she chose to present was important. Her own rhetoric started with hints about reptilians and alien race wars.  Over time conspiracy became much more central to her brand.  Given her relationships to Icke and Cassidy, it would be surprising if she was not famIliar with the interviews  of Captain Mark Richards.

She came out of the “American Sikh” teachings of Yogi Bahjan and had a meteoric rise as she established yoga centers that had a celebrity following.  She was controversial for defending Bhajan even after credible sexual abuse allegations arose.

In January, Griggs acknowledged that she had never met Bhajan.  The link between any tradition and her assumed spiritual name appeared to be tenuous at best. The closer one got to the group the more cultish it appeared and the more her cultural appropriation became apparent. As I commented on Twitter, be especially careful of anyone who gives themselves the name or title of Guru.  It is not a name to be taken lightly.

Unfortunately the alliance between Q and the new age is larger than either of the two that are discussed here. “Pastel QAnon” describes people who took their interest in alternative healing, yoga, and similar matters — combined it with anti-vaxx beliefs — and morphed into QAnon conspiracy thinking.  Indeed, the belief that everything is connected, nothing happens without a reason and nothing is as it appears, is ingrained into much of the new age.  It also can be an opening to conspiracy.

So much of this content is being disseminated by super popular accounts with absolutely mainstream aesthetics…. If you’re able to make this covetable, beautiful aesthetic and then attach these conspiracy theories to it, that normalizes the conspiracy theories in a very specific way that Instagram is particularly good for.

If you can trust people on Yoga practices, matters of design, aesthetic choices and the like, why not follow them into the world of Q?

Pastel QAnon finds alliances with the dreams of Kerry Cassidy and UFO beliefs — all of which find meaning through hidden information and the ability to dismiss other reporting as fake news. They interpret world events as false flags. That it may be tempered with the language of the new age does not make it any less of a challenge to rational understanding and democracy.